The Jack Petchey Foundation is an organisation which inspires and motivates young people and recognises them for their achievements.

The Foundation was set up by Sir Jack Petchey CBE to celebrate young people.  Since 2000, over £118 million has been invested in programmes to benefit young people aged 11 – 25.  The major ‘flagship’ programme is the Jack Petchey Achievement Award Scheme which recognises outstanding achievement.  The awards are about those who ‘do their best’.  Awards mean different things to different people and the achievement awards are used to recognise a personal triumph for someone who has faced a challenge.

Marlborough School is the recipient of ‘Silver Award’ status. This means that we can nominate 6 students per year, 1 each half term to receive an award.  Each award winner receives a certificate and pin badge.  The school also receives a cash sum for each winner, to spend on something that will benefit the school.

Each year our award winners, for that academic year, attend a fun celebration at the Orchard Theatre in July where they are presented with a medallion in front of their families, friends and VIP’s.  This is always a fantastic and joyous occasion where we see our students go up onto the stage to receive their awards alongside other award winners from Bexley Schools and Youth Organisations.

Marlborough School is extremely proud to be part of the Jack Petchey family and of all our award winners, past and present and has also been able to purchase resources and organise fun events with the money received from The Jack Petchey Foundation.

On the evening of Tuesday 28th June, three of our students (Jack, Chidera and Abdul)
attended the Jack Petchey Awards Ceremony for Bexley Borough schools, at the Orchard Theatre in Dartford, with their families and two members of school staff (the Jack Petchey Coordinator – Heather Lee, and the Head Teacher – Elizabeth Smith).
It was a very special evening for everyone who went. Each student went on stage to collect their award and have their photo taken with the Mayor of Bexley, then they took a seat at the side of the stage while the compere (Philip Allinson) read aloud the reason they had won this award. Further photos were taken, and then the students returned to their seats in the audience to watch the rest of the evening’s events.
There were presentations of awards to the other schools in the borough – 17 other
secondary schools. We clapped and cheered for every school and student, and sang along with the music. We enjoyed performances by Chislehurst & Sidcup Grammar School jazz ensemble and a singer called Cameron Blaauw, which were very enjoyable and broke up the award presentations.
All in all the evening was a wonderful experience and we are so proud of every one of our students who attended, not least for conducting themselves in a polite and respectable manner throughout, and being excellent ambassadors for Marlborough School. 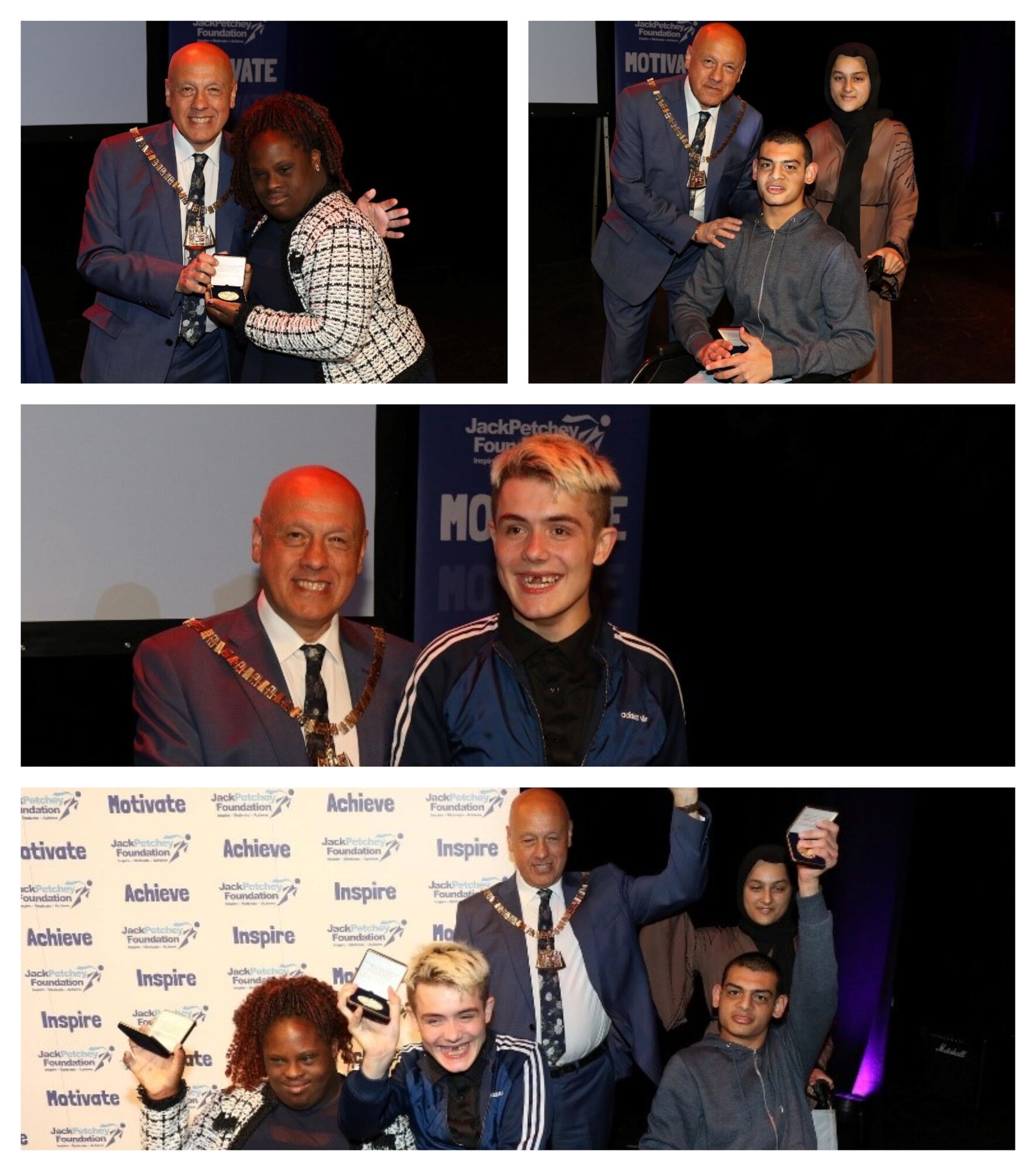